Tonight's the first choir practice of the 2010-2011 season, and I'm uncommonly excited. It's entirely misplaced excitement because at the first practice we don't sing – we pick up music, pay dues, and then there's a (honestly rather lame) cheese and wine thing. I'm not interested in wine, the cheese is usually not very good, and me and the choir have developed a kind of polite disinterest in becoming friends. The two people in choir who I'm friends with, I'm friends with outside choir. Otherwise, there are a few other people I quite like, but the rest of the choir (including the director) doesn't seem nearly as interested in me as I feel they should be, and as such I'm not moved to be interested in them. I would far (far, far) rather sing with them than talk to them. So the first meeting of the choir is a bust for me, apart from that I get to see my friend Janet (Kat is away) and go to Xococava. 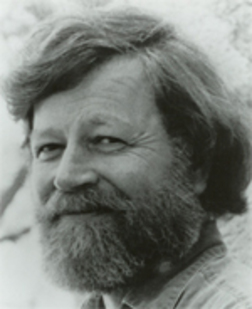 Anyway, that aside, I'm beside myself with excitement about this season's repertoire. Mainly Morten Lauridsen's Lux Aeterna, which is subtle and gorgeous and completely doesn't play to our strengths, which are mainly being loud and getting it over with quickly. The Lux Aeterna has lots of sustained, soft, high passages, so we are going to have to work really hard to stay on pitch. Without sounding like we're working hard, of course.

We're also doing Messiah (snore), Mozart's Requiem which is good fun except for the parts which aren't Mozart, and Mendelssohn's Elijah which has some lovely parts and some very forgettable parts. (I'm listening to the recording of the last time we performed it and I just heard the creaking of one of those cheap folding chairs. Ouch.)

I feel like I've lost my singing voice a little in the last few years. I took voice lessons for a couple of years before Delphine was born and my singing voice was a revelation to me – making such a fantastic sound (she said modestly) so effortlessly was a thrill like I've never known. I should emphasise that my voice isn't so incredibly beautiful – it's just that I can sing much higher and more competently than I thought I would be able to – turns out singing high isn't hard work, it's all in the technique. Anyway, that was then, but since I stopped taking lessons (and stopped warming up properly and practicing, let's be honest) my high notes have become less confident (and less high) and my breath control, which was never great, has become even worse.

So this season I want to work on my high register, breath control, and also listening – I'm terrible for getting caught up in my own singing and not listening to the rest of the choir. I will get to work on that when I'm working with the school junior choir, too. I'm not sure how I'm going to work on the other things – for a while there I was signed up for a vocal technique workshop, but it was cancelled. I can't afford private lessons. I will have to poke around…