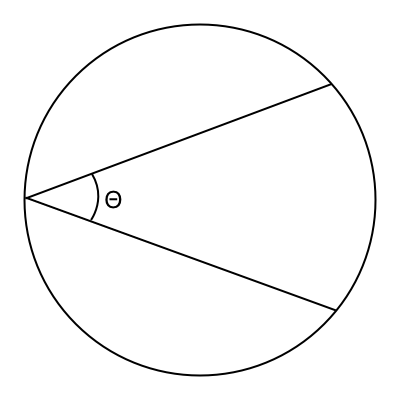 The other day I was reading a tweet from Neil deGrasse Tyson, and it got me thinking… If you were going to cut a circle into three equal pieces using only two cuts, what would the angle to cut them be? (Θ in the diagram over on the right side there.) So I asked on Twitter, and eventually got a reply. This is my attempt to reconstruct the reasoning behind the answer. 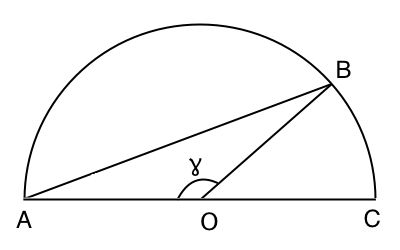 The easiest way to figure this out, I believe, is to cut the circle in half, and then figure out what line divides the semicircle into a 2/3rds to 1/3rd ratio. So let’s do that, and label the points A, B, C, and O (for the origin), as shown on the left. We’ll also label the angle AOB as ɣ, because we'll be using it a little more later.